Raffaele Sollecito, Amanda Knox's former boyfriend, insists he's innocent of murder but admits he was impaired the night that their lives changed forever.

In his new book, Raffaele is open about the fact that he and Amanda used marijuana, and more significantly, acted in a way that invited police suspicion.

Amanda Knox's conviction was overturned last year, along with Sollecito's, and both were released from prison - four years after her roommate's death. 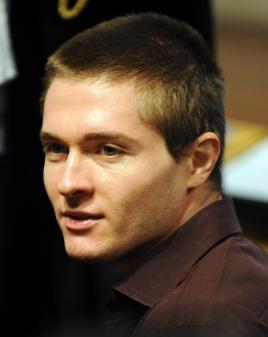 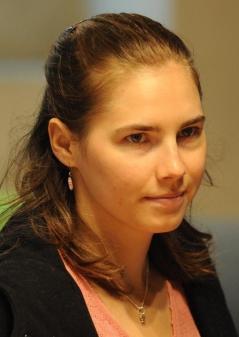 In the book Honor Bound, Sollecito, who is Italian, acknowledges their "odd" behavior when Kercher's body was found, reports the Associated Press.

As police investigated, Knox and Sollecito reportedly kissed and caressed outside and later at the police station, Knox sat in his lap, arms draped on him.

Sollecito notes in the book they had no "real alibi the night of November 1 except each other" and that during his first night in prison he became conflicted.

He wavered between "great waves of indignation and a nagging sense of guilt," he writes, although he insists he was innocent of Kercher's murder.

Raffaele Sollecito was mad at himself for having a bad memory from the marijuana he and Knox smoked, he says. Knox is writing her own memoir.

O…M…G. Levi Johnston has procreated again! And thank goodness for the baby, she are not going to be related to Sarah Palin in any way. Yes, he somehow talked another chick into making a baby with him. He also helped to keep the pattern of weirdo, hipster names going as well. He will join Tripp as the two youngsters in the family. Tripp will now be her half brother. I can only imagine what will go through his mind once Breeze is older and starts to read about the Palin family and all of the controversy they stirred up. It’s kind of sad actually, because the break-up between Bristol and Levi was very public. That could be hurtful down the road. As for now, everybody in Wasilla, Alaska seems happy. There’s Levi, who always has the same stupid grin on his face, then there’s his girlfriend, who is probably just glad to be over with the pregnancy and on to the next stage of her life. There is still some controversy brewing, though. If you remember, just a few weeks ago, Levi was down at the courthouse in Alaska trying to get full custody of Tripp, who was makes an [...]

Apple just unveiled the long-awaited iPhone 5!!!!!! Here's everything you need to know about the phone ... as described in 3 emails from our resident computer geek: Email #1 From: FruhlingerDate: Wednesday, September 12, 2012 10:26 AMSubject: New…

'Your Body,' the lead single off her upcoming 'rebirth' album, will hit radio on Friday.
By Jocelyn Vena

She recently went through a high-profile divorce from her husband Seal, and now Heidi Klum is jumping back into the romance ring with her longtime bodyguard Martin Kirsten.

During her interview with Katie Couric, the “Project Runway” star definitely didn’t deny that sparks have been flying as of late.

Heidi shared, “Martin’s a great man and recently we just got to know each other from a completely different side.”

"He's been with our family for the last four years. He's cared for our four children and helped us tremendously. I trust him with my children's life,” added Klum.

Meanwhile, it seems Heidi’s friends approve of the new relationship- one insider noted, “He was always her rock. While everything was crumbling in her personal life he was there for her. He shows real care and concern for her and her children. She relies on him. It's a little bit of cliché with The Bodyguard movie. I don't know what will happen in their lives."

However, Seal is less-than-pleased with the new arrangement. "He's upset. What really bothers Seal was this guy was a dear friend. They called each other 'brother.' He feels betrayed."

Kelsey Grammer and Camille Grammer have resolved their divorce dispute. One would think the estranged ex-couple would no longer be sniping in public, right? Especially about their past sex life? Especially considering they have children together?

The actor appeared on Conan Monday and tossed in a random barb at Camille, claiming he was celibate during the last 10 years of their marriage. As you can see here, the host wasn't quite sure what to do with that information... 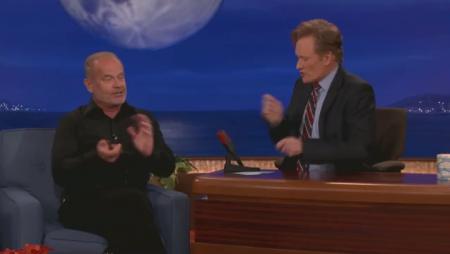 But is it even accurate? Not according to Camille.

In a statement, the Real Housewife of Beverly Hills said: “That’s simply not true," while a source close to the reality star added of Kelsey's heart attack in 2008:

“Doctors told him he couldn’t have any strenuous activity and that includes sex. So of course that would diminish their sexual activity.”

Kelsey does have a tendency to appear on talk shows and say dumb stuff. He told Jay Leno in August that he was snubbed by the Emmys because he's a Republican.

He's a soccer superstar and style icon - and now David Beckham has turned his hand to acting.

The 37-year-old husband of designer Victoria Beckham appears in a Cribs-style comedy sketch with Saturday Night Live star Rob Riggle, which is to be featured on Fox's NFL Sunday.

Riggle tours a garish mansion for the promo and comes to face to face with the soccer hunk by the pool.

When asked what he's doing there, Riggle replies, "Becks! Hey, I'm working for the NFL now so I made myself at home. They tell me some football player lives here."

When an indignant Beckham says he is the footballer in question, the 42-year-old comedian returns with, "Ha, no no no. Like a 'real' football player."

It all ends with Riggle running away as the soccer maestro threatens to call the police. Watch the clip below!